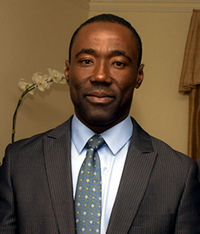 Haiti’s Minister of Education, Vanneur Pierre hosts a series of working sessions and a public forum to encourage immediate action on Haiti’s universal education plan. The education delegation met with the Inter American Development Bank, The World Bank and other partners.

Washington, D.C.- Building more schools, buying more textbooks and training more teachers was the main focus of a trip to Washington, D.C. for Haiti’s Minister of Education, Vanneur Pierre and a delegation of Haitian officials, that ran Feb. 4 through Feb. 8, 2013.

The visit included private, working sessions with partners along with a public forum at the Woodrow Wilson International Policy Center February 7. The forum featured a presentation by Minister Pierre along with Paul Vallas, a U.S. education reform specialist, who assisted with shaping the final version of Haiti’s education plan. Vallas is interim school’s chief in Bridgeport, Conn. and led school reform efforts in Chicago, Philadelphia and New Orleans.

To further the nation’s education plans, the Haitian delegation participated in strategy meetings with leaders of the Inter American Development Bank. IADB, the lead organization working on education in post-earthquake Haiti, has committed $250 million in direct education aid, with the promise to raise an additional $250 million from external partners. Additional sessions included those with USAID and the World Bank.

“We hope a face-to-face dialogue with our international partners will refocus attention on rebuilding as we seek to provide a robust educational system—one of our nation’s most important priorities,” said Minister Pierre. Currently, there are only enough public schools in Haiti to serve 20% of its youth, at a time when almost 50% of Haiti’s population is under the age of 18.

The Haitian delegation’s diplomatic mission was designed to rally support for the country’s current education strategy. The plan, devised in late 2010 by the Government of Haiti, the Interim Haitian Reconstruction Commission and international donor countries, has encountered obstacles—issues this the team plans to address.

To boost funds for education, Haiti is leveling new fees to move the country toward self-sufficiency in education funding, which historically has not had a measurable tax base, recently imposed new fees on telecommunications and wire transfers, in an effort to move toward self-sufficiency in education funding. Despite that, the plan continues to require significant external aid to implement. It includes building or rebuilding schools which were destroyed by the January 2010 earthquake, replacing textbooks and learning materials, creating a national curriculum and training teachers, and ensuring that children who would otherwise not have enough to eat, receive a meal at school.

“This is a huge undertaking. In our visit, we plan to provide details of our plan, in hopes that we further engage our supporters and encourage new stakeholders in our vision.” Pierre said. “We want to share our progress with those in the U.S. that were generous enough to give donations via text and to support the Red Cross and other organizations immediately following the earthquake. We are accountable to those who support our reconstruction and we know education is the key to self-sufficiency.”