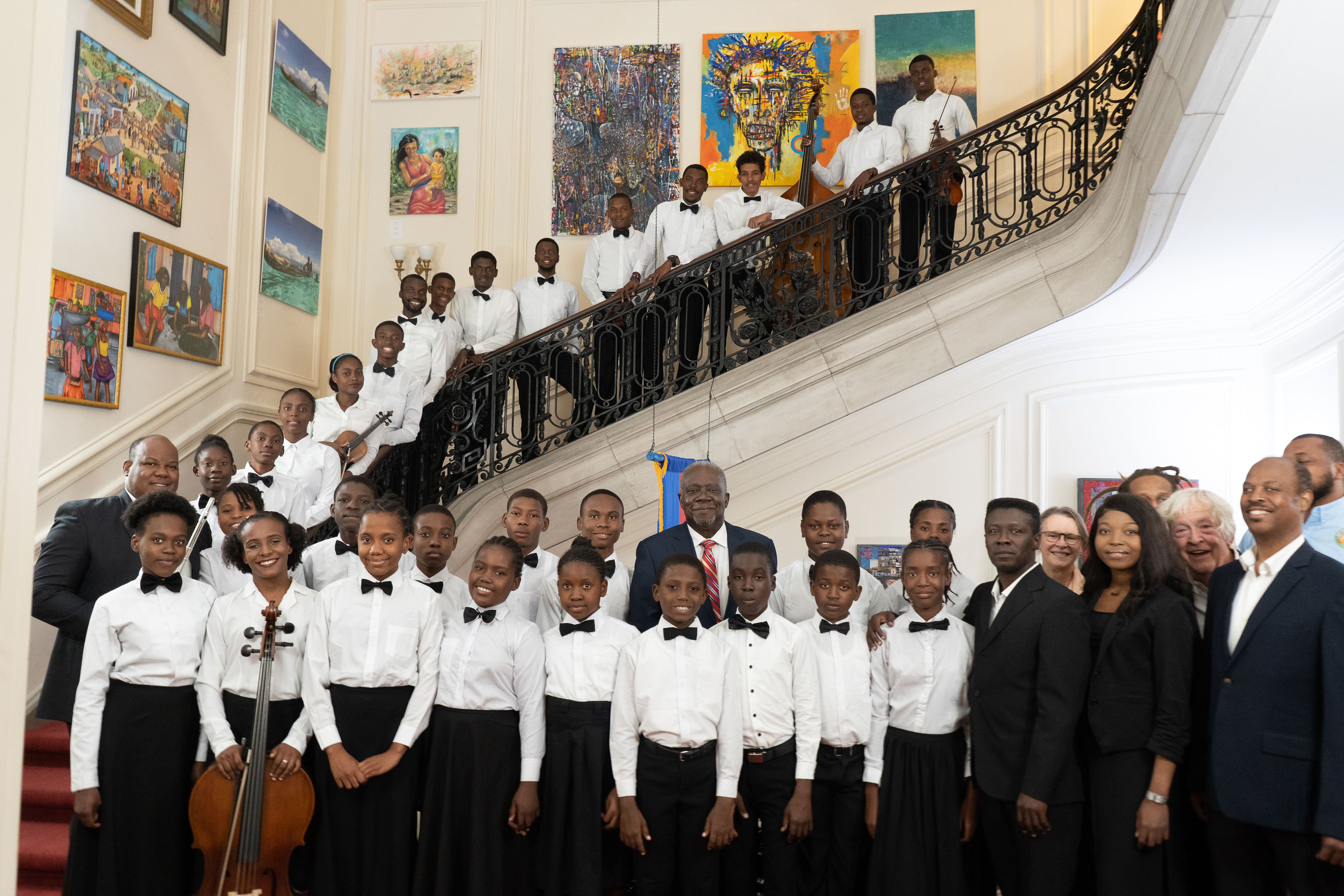 On the evening of Friday, September 13, 2019, the Embassy of Haiti in Washington, DC opened its doors to the community at large for a special performance featuring Les Petits Chanteurs and the Chamber Ensemble from the Holy Trinity Music School. Every year, the choir travels from Haiti to the United States on a nationwide tour. During their visit to Washington, the choir stopped by the Embassy after their performance at the Smithsonian for an evening of music diplomacy. The choir specializes in the merging of classical and traditional Haitian music.

The Holy Trinity Music School program began in 1963 with students from the primary school, most of whom came from families of modest means. As the program grew, some of the more affluent families wanted their children to take music lessons as well. Slowly, the Holy Trinity Music School program became one of the few institutions in Haiti to experience true integration of children of differing economic levels.

Over the years, the music school has gained international recognition and acclaim. They have performed at the Kennedy Center and The Smithsonian’s National Museum of African Art in Washington, D.C., Lincoln Center in New York City, Tanglewood Music Center with the Boston Symphony Orchestra, with the Chicago Children’s Choir and at more than 90 churches across the United States. The Holy Trinity Cathedral complex was destroyed in Haiti’s 2010 earthquake. Every year, the boys’ choir, comprised of a select group of singers ranging in age from 8 to 18, goes on a U.S. tour to help raise support for rebuilding the school.

Prior to the concert, Ambassador Hervé H Denis met with the choir’s leadership to discuss how the Embassy can further collaborate on the different educational arts initiatives at the Holy Trinity Music School.  The evening closed with remarks from the Ambassador as he commended Father Stephen Davenport and his team for their continued efforts and investment in the choir, allowing the students to gain invaluable teaching experience.

The annual concert is part of the Embassy’s efforts and larger mission to showcase the creativity of the Haitian people and rich culture of the country. The Embassy is looking forward to hosting the choir next year.

The photos from the evening are available at the following link.