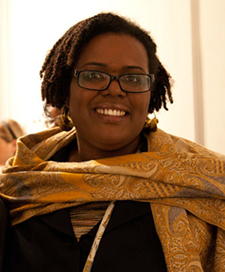 Through April 13, the nation’s capital will serve as host for a full calendar of films, concerts, discussions, plays, children’s workshops, culinary tastings and activities during the 2013 Francophonie Cultural Festival. This year’s festival, a celebration and exploration of French-infused culture, is led by Stephane Rosenberg, cultural section chief for the Embassy of Haiti.

“The city will be abuzz with wealth of global cultural experiences, united by our common language,” said Mrs. Rosenberg. “A distinct highlight will be the presence of the Haitian literary and artistic icon Franketienne, whose play will be shown April 3 at La Maison Française (CLICK HERE TO REGISTER). At the Haitian Embassy on April 5 (CLICK HERE TO REGISTER), Franketienne will lead a discussion on the multifaceted relationship between Creole and French in Haiti.”

Participants of the Francophone Festival, the largest of its kind in the world, include Lebanon, Senegal, Belgium, Switzerland, Luxembourg, Haiti, Mali, France, Djibouti, Quebec, and the Republic of Cameroon. The opening ceremony took place at the residence of the Ambassador of Gabon.

Below is a full listing of events for the 2013 Francophonie Cultural Festival:

Hop into a battered taxi for a cross-continental journey of song! This Sénégalese musical takes a trip from Dakar to Saint Louis, while each of the taxi’s passengers sing their stories.

Francophonie Cultural Festival is presented in collaboration with The Smithsonian Associates, Alliance Française, La Maison Française, and the French-American Cultural Foundation. The Festival is supported by generous assistance from the International Organization of La Francophonie, Dish